Highly Recommended By Top Toys In 2011 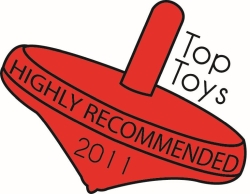 Grab a Pig has been winning awards since it's invention quite simply because children and adults love playing it.

Who would have thought that from humble beginnings in 2003 Grab a Pig would still be as popular today as it was then. Card games come and card games go, but Grab a Pig is here to stay.

Top Toys Ltd. carried on the good work after the closure of the Good Toy Guide. The company had the same ethics that kept the Good Toy Guide going for so long; i.e to recognise top toys and games for what they provide to the children.

Children highly recommended Grab a Pig yet again. This has resulted in it appearing in the Independent newspaper; it was a firm favourite for toys to buy for the 2011 and 2012 Christmas season. Buy yours today from Amazon.co.uk or directly from us, the choice is yours.

For 2009 it was not only Highly Recommended, but also won a Silver Award for the Young Games section. This was a proud moment indeed for us to receive this award from such a highly acclaimed magazine, one that has been running for 37 years. 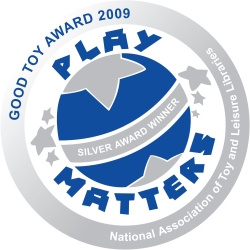 Over five years since it's creation and Grab a Pig is still winning awards.

The Good Toy Guide yet again highly recommended the Grab a Pig card game as the result of the feedback received from the children, parents and teachers who tested the games.

For 2009 it was not only Highly Recommended, but also won a Silver Award for the Young Games section. This is a proud moment indeed for us to receive this award from such a highly acclaimed magazine, one that has been running for 37 years. 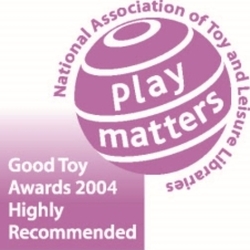 Grab a Pig was "Highly Recommended" at the Good Toy Awards 2004. It was the only card game to receive this honour in the games section of the awards.

The Good Toy Guide enlisted the help of multiple groups of different parents and teachers to play the Grab a Pig Game and record the results of the play tests. The Good Toy Guide stated "This game was hugely popular with young children who loved the fun rules."

"Grunting and oinking added to children's enthusiasm and they liked the cheerful cartoon illustrations on the cards". 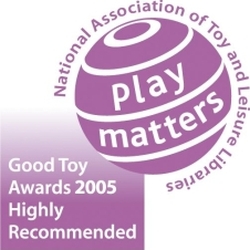 As if that isn't enough Grab a Pig was also Highly recommended By The Good Toy Guide for 2005 too.

One of the strengths of Grab a Pig is the rules; they are easy to understand and the the game is quick to set up. This simplicity makes it ideal to play anytime anywhere.

Place the Pigs in the middle of the players, deal the cards and away you go. If you like to laugh and you like card games, you'll love Grab a Pig.

We use cookies on our website to give you the most relevant experience by remembering your preferences and repeat visits. By clicking “Accept”, you consent to the use of ALL the cookies.
Cookie settingsACCEPT
Manage consent

This website uses cookies to improve your experience while you navigate through the website. Out of these, the cookies that are categorized as necessary are stored on your browser as they are essential for the working of basic functionalities of the website. We also use third-party cookies that help us analyze and understand how you use this website. These cookies will be stored in your browser only with your consent. You also have the option to opt-out of these cookies. But opting out of some of these cookies may affect your browsing experience.
Necessary Always Enabled
Necessary cookies are absolutely essential for the website to function properly. These cookies ensure basic functionalities and security features of the website, anonymously.
Functional
Functional cookies help to perform certain functionalities like sharing the content of the website on social media platforms, collect feedbacks, and other third-party features.
Performance
Performance cookies are used to understand and analyze the key performance indexes of the website which helps in delivering a better user experience for the visitors.
Analytics
Analytical cookies are used to understand how visitors interact with the website. These cookies help provide information on metrics the number of visitors, bounce rate, traffic source, etc.
Advertisement
Advertisement cookies are used to provide visitors with relevant ads and marketing campaigns. These cookies track visitors across websites and collect information to provide customized ads.
Others
Other uncategorized cookies are those that are being analyzed and have not been classified into a category as yet.
SAVE & ACCEPT
Powered by